Dr Larsen is a specialist plastic and reconstructive surgeon.

Dr Larsen is a specialist plastic and reconstructive surgeon. He graduated with honours from Erasmus University Medical School in Rotterdam, The Netherlands in 2002. He completed advanced training in plastic, reconstructive, hand and aesthetic surgery in Europe and Australia and is fellowship trained in hand and wrist surgery and in reconstructive microsurgery. He obtained a PhD on experimental reconstructive surgery conducted at Mayo Clinic and defended his thesis in Amsterdam in 2011. 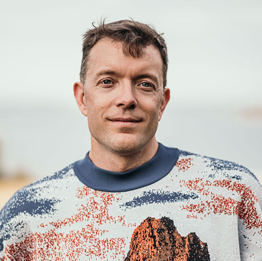 Mikko is committed to meeting and exceeding his patients’ expectations – his approach is to communicate clearly and effectively at every step of the way, and to put the patient’s needs first at all times.

Dr Larsen was trained by world-renowned surgeons in their respective fields.

General surgical training at Albert Schweitzer hospital in The Netherlands inspired his love of working in regional centres. His advanced training at Amsterdam University Medical Centre provided him with a deep and broad grasp on all aspects of plastic, reconstructive and hand surgery. Prof Marco Ritt (Amsterdam) was his supervisor and mentor and is a world expert on hand and wrist surgery. Dr Henri Winters was one of his trainers and is one of the top reconstructive surgeons in The Netherlands. Profs Allen Bishop, Alexander Shin and Robert Spinner form the Mayo Clinic brachial plexus and upper extremity reconstructive group in Rochester, Minnesota and provided guidance and mentorship during his microvascular surgery research there.

The Mayo Clinic core values were deeply instilled during that time, especially that of always keeping the needs of the patient first. Profs Stan Monstrey, Philip Blondeel, Koen Van Landuyt and Moustapha Hamdi guided him through the last three months of training in Gent, Belgium and inspired his love of autologous breast reconstruction and perforator flap surgery. Profs Luc De Smet and Ilse Degreef of Leuven University, Belgium taught him the finesses of hand and wrist surgery during a six-month fellowship at the conclusion of his advanced training. Following that, during a two-month observership in Rio de Janeiro, Prof Ivo Pitanguy taught him that the essence of a successful career lies in embracing those around you and always striving for a better outcome.

His team demonstrated world-class excellence in aesthetic surgery of the face and body. In 2012 Prof Hamdi brought Dr Larsen on the Brussels University Hospital staff and taught him many valuable skills in perforator flap surgery and breast surgery; concurrently he worked in Amsterdam at Prof Ritt’s private day surgery for hand and wrist surgery, The Hand Clinic. In 2013 Mikko established a breast and head and neck reconstructive surgery service in The Hague. While in The Hague he remained engaged in research and teaching, including supervising a PhD project on advanced technology in wound healing, and was a member on the regional medical research ethics advisory board.

In 2016 in search of new horizons Dr Larsen emigrated to Australia. He completed the year long Royal Adelaide Hospital microsurgery fellowship programme and in 2017 settled in Launceston. He was awarded Fellowship with the Royal Australasian College of Surgeons (RACS) by Examination in December 2018 and now works as a staff specialist at the Launceston General Hospital, and in private practice. The attraction to a regional centre such as Launceston, is the need to offer a very broad palette of services to best serve the local community within the region. This is also reflected in the regional traineeship offered to the RACS advanced trainees by Dr Larsen and his colleagues.

Dr Larsen stays current with the latest techniques and advances. He is an author on more than 40 peer reviewed publications and book chapters in plastic and reconstructive surgery and hand surgery. He is a Clinical Examiner for RACS, and is a faculty member for the Australia and New Zealand Burns Association, and for Interplast. He is a member of numerous professional organisations, including the Mayo Clinic Alumni Association, The Netherlands Society for Surgery of the Hand, Netherlands and European Boards of Plastic Surgery, The American Society for Reconstructive Microsurgery, the American Society of Plastic Surgeons and the Australian Society of Plastic Surgeons (ASPS). In 2019 he was nominated to join ASPS Council as a co-opted member, focussing on the strengths of regional centres for plastic surgery and on the support for international medical graduates on the pathway to RACS Fellowship. In 2020 Dr Larsen joined the Board of Directors for the International Confederation of Plastic Surgery Societies. He was awarded the Patrick J. Kelly Special Fellows Research Award at Mayo Clinic and the Netherlands Society for Plastic Surgery biennial award for best experimental research for his PhD research.

Dr Larsen is passionate about quality and maintenance of standards and skills. He is a member of the RACS Academy of Surgical Educators, and he regularly teaches trainees, medical students and nursing and allied health staff, as well as surgeons in the Asia-Pacific region through the Interplast organisation. Dr Larsen has demonstrated excellent consistency in results of complex microsurgical reconstructions through his commitment to teamwork and clear and open communication between team members. He has built on his broad international experience and his additional advanced training in Australia to now provide a broad range of services to the Northern Tasmanian population and beyond.

Launceston’s City Park Radio interview with Mikko Larsen and Chris Sayer in December 2020 discussing Mikko’s journey and how he settled in Tasmania.